Describing patterns is harder than a lot of people think. Here are some examples in some of my old photographs.

First, I am wearing a plain suit, a checked shirt and a striped tie. The stripes run diagonally. 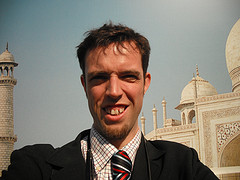 Next, the tunnel is made of a series of semicircular arches. 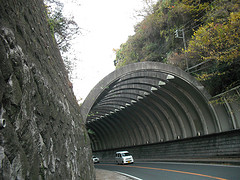 The windows of this building are tessellating (linking together with no gaps) triangles. 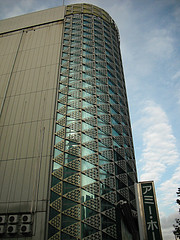 The heating elements in this picture form red zigzags. 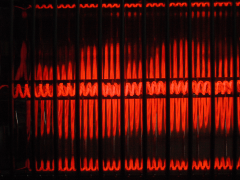 This photo overlays a floral pattern onto a street scene. 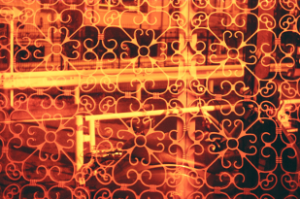 Adjective order is tough to get right, not only for beginners but also advanced speakers. Even teachers get confused about the rules (and there are rules).

The less opinion-based or more essential an adjective is, the closer it comes to the noun.

For example, my wife is Japanese. She is beautiful. She is tall, too. Unfortunately, she is also angry.

I could describe her as a beautiful, tall, angry, Japanese woman.

However, we tend not to use chains of four adjectives. Three is a normal maximum, and rarely seen, though chains of two adjectives are often used in everyday conversations.

Here are some songs with more than one adjective modifying a noun.

A lot of students have difficulties using -ed and -ing adjectives. These can help you.

The Pointer Sisters – I’m So Excited

The Kinks – So Tired

(“The way you love me it’s frightening”)