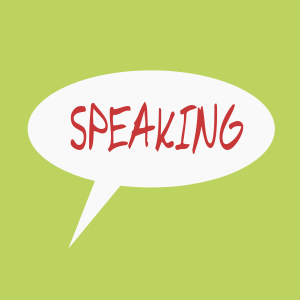 Question tags are a part of English that a lot of non-native speakers make mistakes with. Here’s a quick guide to some of the most common tag questions.

Question tags come at the end of a statement in order to form a question. Commonly used ones include ‘isn’t it?’, ‘haven’t you?’, ‘do you?’, and ‘will you?’.

“You’ve been to Paris before, haven’t you?”
“Yes, three years ago.”

“You won’t be going to work next week, will you?”
“No, I’m going to Tenerife for two weeks!”

‘Isn’t it?’ is the most overused and the most incorrectly used question tag. It is sometimes pronounced (and even written) colloquially as ‘innit?’ or ‘ain’t it?’

It drives you mad, doesn’t it?

Keep tenses and subject-verb agreement consistent: the verb form stays the same and past with past, present with present. Future forms can’t take ‘do’ tags: ‘going to do’ takes a ‘be’ tag (‘is’, ‘are’ or ‘am’); ‘will do’ takes a ‘won’t’ tag while ‘won’t do’ takes a ‘will tag’. Plain ‘have’ verbs regarding possession can take ‘do’ tags.

You haven’t got tired yet, have you?

Any statement that uses ‘have’ as the main verb, a perfect tense or a positive ‘have to’ phrase can use a ‘have’ tag. Again, keep tenses consistent.

Think about the statement you would answer with. This determines whether you use ‘yes’ or ‘no’.

The speaker means to say “Yes, you are right. The grass isn’t blue.” but the real meaning is “Yes, the grass is blue.”

In this example the speaker means “No, I don’t not like chicken.” Unfortunately this grammar is not a part of common English so the real meaning is “No. You are right. I don’t like chicken.”

If you have problems answering tag questions, use full sentences to make sure you are always understood clearly.