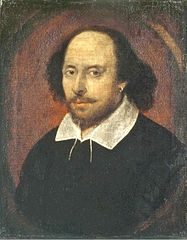 Sometimes you need to give ideas about what you think happened in a past event, including the reasons why. In this post, I’m going to give you some help to speculate about the past.

It’s a good idea to show that what you say is an opinion. Something like, “If you ask me,” or “In my opinion” is an effective opener to a bit of speculation.

You can express levels of certainty by using different verbs. When speculating about the past, the present perfect tense is used, so constructions like “it had to have been…”, “it could have happened…” or, using a negative form, “it mustn’t have been…”.

Other than your speculation, you will probably need to talk about cause and effect to some extent. Linking a ‘because’ or ‘so’ on the end is easy as you can see in the examples below.

“If you ask me, the reason dinosaurs are extinct is that they must have been unable to adapt to the cold in the Ice Age.”

“In my opinion, people in the Sixteenth Century could have been superstitious due to hard living conditions and a difficulty in linking it to ordinary life so they believed in strange phenomena like ghosts, witches and devils.”

However, sometimes you will need to hedge, or make your opinion seem weaker or more uncertain. You can do this by adding caveats, or exceptions using ‘but’, ‘however’ and ‘although’.

“It’s rather obvious that the Americas could have been discovered by Europeans before 1492 but only someone with friends in high places would be able to become famous for it.”

“If you ask me, the Mary Celeste could have been boarded by pirates in bad weather and everybody drowned but there’s also a possibility that they could have gone mad and jumped in the sea, I suppose.”

“It’s my view that the moon landings have to have been real because there would have been a real chance that the Soviet Union could have landed on the moon and proved America faked everything. However, the flag seen in the footage is waving and there’s no wind on the moon so perhaps some of it was edited or added to later.”

Get others to speculate

If you want other people to speculate to share ideas or opinions, you can ask simple questions such as “What do you think happened?” or “In your opinion, what happened?” Using these questions, showing that you are not asking about facts but opinions, makes it much easier for people to relax and share their ideas.

What do you think?

Why don’t you leave your opinion on a mystery? What do you think happened to the Mary Celeste? Leave your ideas in the comments.