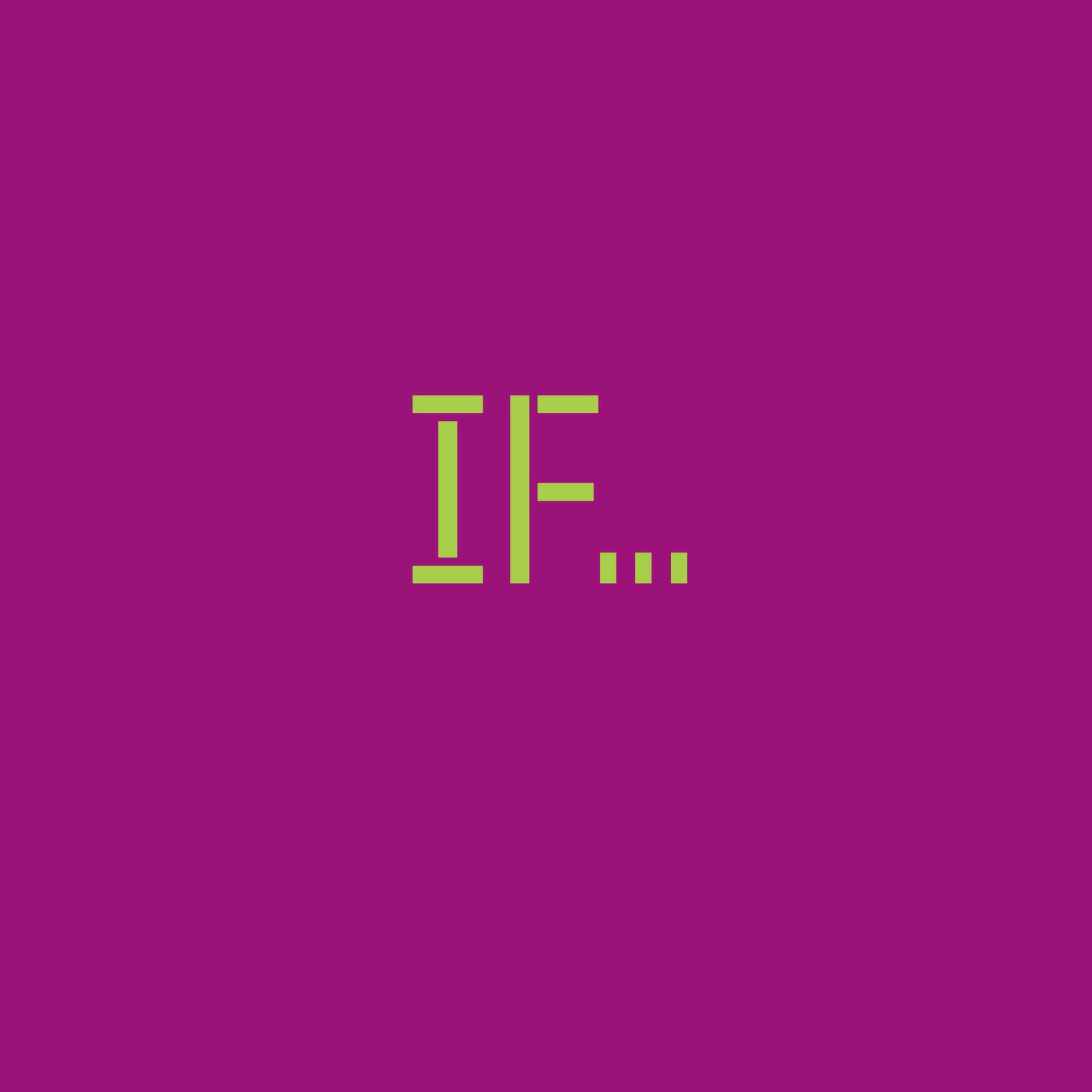 One of my junior high school students asked me this week, “How do I use ‘if’?”

There are four main ways, as I’ll explain below.

The uses of ‘if’ are called ‘condotionals’ and there are four types.

Simple, regular cause and effect or action and reaction. This is the logical ‘if’ in maths and computing, too.

I take an umbrella if it rains.

What do you do if you go out?

Do you take anything with you if it rains.

Talking about things that may happen and have high probability.

If this train doesn’t move soon I’ll be late for work.

Your kids will be cross if you make promises and don’t keep them.

What will happen if the train doesn’t move soon?

Will your kids be cross if you break your promises to them?

Talking about things that may happen but have low probability.

When talking about a person in the simple past it is considered more correct to use ‘were’ rather than ‘was’. ‘Was’ is not wrong, it is quite common; but especially in written English ‘were’ is better.

If I were richer, I’d be happier.

The city would be fantastic if the council reopened the libraries.

If you were richer would you be happier?

What would you do if I sang out of tune?

Talking about changes one would make to the past if it were possible.

When advising or talking about someone else’s situation, the phrase ‘If (I) were (you)’ is often used, usually with ellipsis so that the situation is not mentioned.

If I had paid attention at university, I could have got a better job.

I should have taken a present if I had wanted to impress them.

If I were you, I would have studied English earlier in life.

If you were me, what would you have done?

If I had studied harder, what would my life be like now?

What should I have done if I had wanted to impress them?